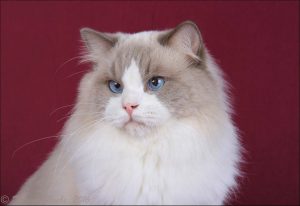 WHO WILL BE CROWNED THIS YEAR’S KZN CAT CLUB’S ANNUAL KZN TOP CAT?
by E Southey

Apart from competing for the Kwa-Zulu Natal Top Cat honours in their respective categories; the best of the best felines that the public have adored throughout this year’s cat show season will add their ‘celebrity’ to help feed their less fortunate family through the ‘FEEDING THE FURBALLS’ campaign.

The next big shake-up since Dolphins ace; Andile Phehlukwayo ripped through the Aussies with both bat and ball in the recent Proteas ODI series; is which feline is going to bowl the others over?

As part of this ‘clawmorous’ event, the Kwa-Zulu Natal Cat Club partnered with Feeding the Furballs (NPO) to raise money both for the show and for this well-known rescue organisation, including increase public awareness of their involvement in animal rescue, feral feeding schemes and re-homing.

The partnership of breeder and rescue is so important in maintaining well organised re-homing for both rescue domestic cats and their rescue registered cousins. The KZNCC is invested in creating breeder awareness not only with rescue organisations, but also with the public.

A success story from Furballs is Dobby – a stray kitten, who was found at the side of the road; clinging on for dear life after being run down on a busy highway. From a ‘good Samaritan’ to one of Furballs’ foster parents; Dobby went on to recover, regardless an amputated leg and tail, not to mention that the vet had no hope for Dobby to pull through. Dobby is just one of the success stories of abandoned cats and dogs who through Furballs’s intervention found loving homes.

“The KwaZulu Natal Cat Club (KZNCC) is one of the oldest cat clubs, founded in 1948 in Durban. Year after year the Club works to raise funds to hold shows and support our chosen rescue organisation. This year we are supporting Feeding the Furballs NPO 134-861 who do amazing work with both dogs and cats, and they are holding an Outreach to inoculate and deworm dogs in the Redhill area on 14 October 2016 which will hopefully grow into a feline and canine sterilisation initiative. This will be a massive undertaking for them and they do so much already for rescues that include pedigreed varieties. Particularly important for KZNCC, they are involved in the promotion of breeder-rescue co-operation and public awareness. Top Cat is the last show of the year where the public can come and see their favourite breed up close and support rescue.” said Nicole Barratt (KZNCC Vice-Chair).

You’ll meet Jojo, the handsome Ragdoll male who will compete for the second time in this prestigious event after taking home the title in 2015. Will he hand over his crown this year or will he hold onto it?

If you are an avid feline fan; come and show your support for the competing kitties or find out more about Feeding the Furballs from Farrah Maharajh.

For more info about the show email marketing@kzncatclub.com or call Nicole on 084 677 2743.