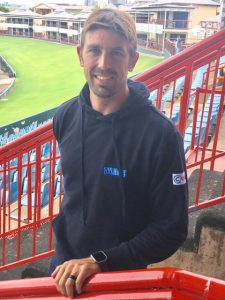 Plenty of criticism and finger-pointing went around in the cricket community. Fuelled by some poor journalism, social and media frenzy; these players got publicly ‘shamed’.

What motivated Wiese to exchange the Proteas for Sussex?

This wasn’t an easy decision for Wiese. He weighed up his options. “SA will always be my home and I will stay here and will go overseas to play matches” said Wiese.

“My playing time in the South African squad was very little and prior to a team announcement, I got a call to say someone else is taking my place in the team” he said. He was previously told that he had a place in the squad.

“I want security for my family” and added “I want to play ODIs and T20s.” This opportunity came his way. “I’m moving to the next chapter of my life.”

Abbott got flack after the news of his contract broke in mainstream media. Cricket South Africa wasn’t fully informed. Something Abbott wanted to do at the right time.

How did Wiese approach this sensitive matter?

“Before the Sri Lankan tour, I got a call from a selector to say that I was in the team” he explained and continued: “I called them back the next day to withdraw and informed them that I signed a Kolpak contract.”

Wiese said that he informed the Titans last year September when he signed the deal. “I played open cards with them. It was the right way to do things.”

Wiese renewed his contract to play for the Titans.  He starts his new job with his Sussex “employers” June, 1st.

Kolpak deals will no longer be possible after the recent BREXIT. Britain is no longer part of the European Union. Wiese explained that countries who have trade agreements with the EU’s players can play as if they are locals. Existing contracts are safe.

Cricket is a job like any other. Individuals unhappy with their jobs and/or remuneration seek better employment elsewhere. What makes Wiese and others who went the Kolpak route any different?

Cobras and South African cricketer; Justin Ontong’s thoughts on Kolpak: “Cricket is a job like anything else” and added: “this is a big loss for South Africa”.

“Kolpak is a difficult choice and players must think hard about their future. This route offers job security and it’s good money” he concluded.

There are three sides to a story. Your side, my side and the truth. In this case with media involvement; irresponsible journalism added extra angles and tails to the KolpEXIT.