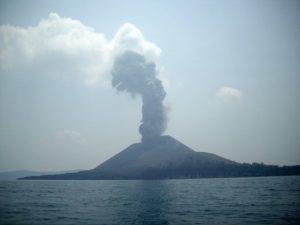 So far the tsunami claimed 222 lives; as it ravaged the provinces of Serang and Banten in Indonesia; while many residents sought refuge in the governor’s office in Bandar Lampung, Southern Sumatera.

Many are reported missing and over 843 people are reported to be injured.  It’s feared that the death toll may rise as families and rescue workers are desperately searching the devastated areas.  International aide workers and institutions such as the Red Cross were deployed, and are already hard at work.

Close to the beachfront in the Pandelang region of Banten; local band ‘Seventeen’ were performing live at the Tanjung Lesung beach resort; unaware of the approaching tsunami.  Footage shows the sudden collapsing of the stage as the tsunami wiped it out; continuing its path of destruction.  In a statement; the band said that they lost loved ones, that include their base guitarist and manager.  Other band members are still reported missing.

Seismologists, volcanologists and geologists are analyzing data to see if Anak Krakatau is solely to blame for this latest tragedy.  According to some; an underwater landslide as a result of volcanic activity where Anak is located, caused the tsunami.  Anak Krakatau is located in the Sunda Strait between Java and Sumatera.

In 1927 Anak became visible and is said to ‘grow; by five meters a year.  Anak is the result of the caldera left by the devastating 1883 eruption of Krakatau that claimed many lives.  Krakatau’s explosion was said to be heard as far as Australia.

There was no early warning of the impending tsunami, and the typical signs weren’t there such as a receding waterline or any tremors.
Sutopo Purwo Nugroho (Indonesian Disaster Management) said that at the time it was also high tide.

Who can forget the December 2004 tsunami that claimed over 220,000 lives after a 9.3 Mw earthquake struck off the coast of Banda Aceh, northern Sumatera. 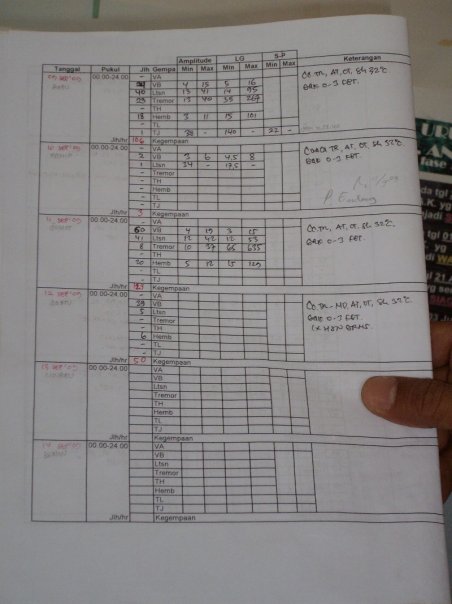 Anak Krakatau (child of Krakatau) has been showing increased activity over the past few years.  On my visit there in 2009, I witnessed several ongoing explosions in the two days I spent there, early September.  One gets a good idea of how remote, but yet close surrounding civilization is to it’s destructive power.

An appeal (that Cosmic News supports); was made on Twitter for responsible journalism and getting the facts, before publishing information on this tragedy.